The Bell Tower and its church

the church and the  bell tower of Collioure is an almost perfect synthesis of over 800 years of history of the city from the thirteenth century to today from the kingdom of Aragon of Jacques the Conqueror, the Kings of Mallorca and his successors in the construction of the church and the bell tower under the reign of Louis XIV and its dome under Napoleon I.er. 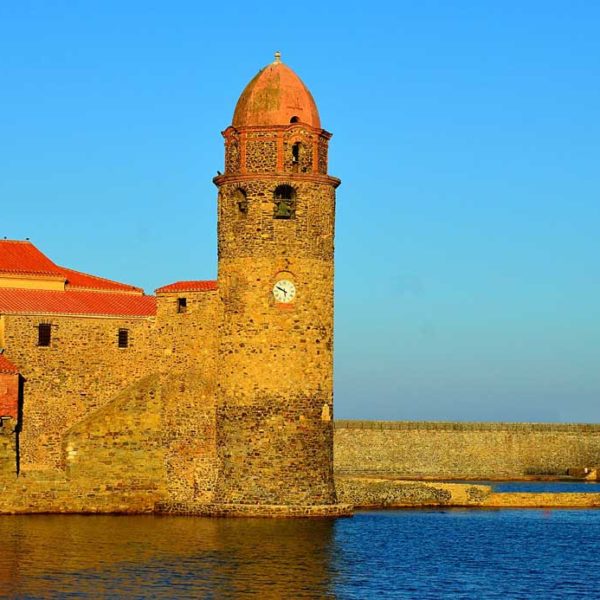 A lantern then a tower of defense and finally a church steeple, it is all that was what definitively became the belfry of the church in 1693. Its height is of 30 meters.

Probably a simple lantern since the cove of Collioure, rare natural harbor in the Mediterranean served as a shelter and commercial city since ancient times. In the Middle Ages, the lantern became the defense of the port in two stages: the 13th century first on a schist with a height of 7 meters pierced by archers, then from the 14th century under the Kings of Majorca and again under the reigns Aragonese a new elevation of pebbles up to 10 meters appears, pierced by archers. The bell tower becomes a witness to the evolution of weapons over the ages. At the end of the seventeenth century, Vauban designating the current location of the church, he allowed the transformation of the initial defense tower into a church tower in 1693.

The dome will be installed in 1810. Thus, the bell tower will have participated in the two sieges in the history of Collioure: that of 1343 between the rival families of Mallorca and Aragon and in 1643 under Louis XIII, by Marshal Turenne foreshadowing the final annexation of the Spanish province of Roussillon to France with the Treaty of the Pyrenees of 1659.

It is a long process of hesitation and military decisions that has led to the building of the Church on its actual site.

By ordering new defenses for the city in 1672, Vauban precipitates the destruction of the old church and finally authorizes in 1679 its construction on its current location, at the far end of the city on rocks beaten by the sea .

The Church of Notre Dame des Anges was built from 1684 to 1690 by master mason Pierre Alaou, also master of other churches in Roussillon including that of Ille sur Têt. In 1693 the construction of a conjurador allows the junction of the church to the tower of defense which became the Bell Tower.
It is a typical building of the Roussillon churches from the Counter-Reformation modeled on Southern Gothic Churches. It consists of a single nave and lateral chapels. The generally flat bedside is this time semicircular to receive the baroque altarpiece of master Joseph Sunyer in 1702 and also signed two other altarpieces of the church and other remarkable in Roussillon as those of Prades or Font -Romeu The quadripartite vaulting on ribbed crosses dates only from 1886, the nave being at the origin of the construction composed of a framework on a semicircular diaphragm. The alternating upper openings between the outer buttresses and above the chapels are full-arch windows and oculi. 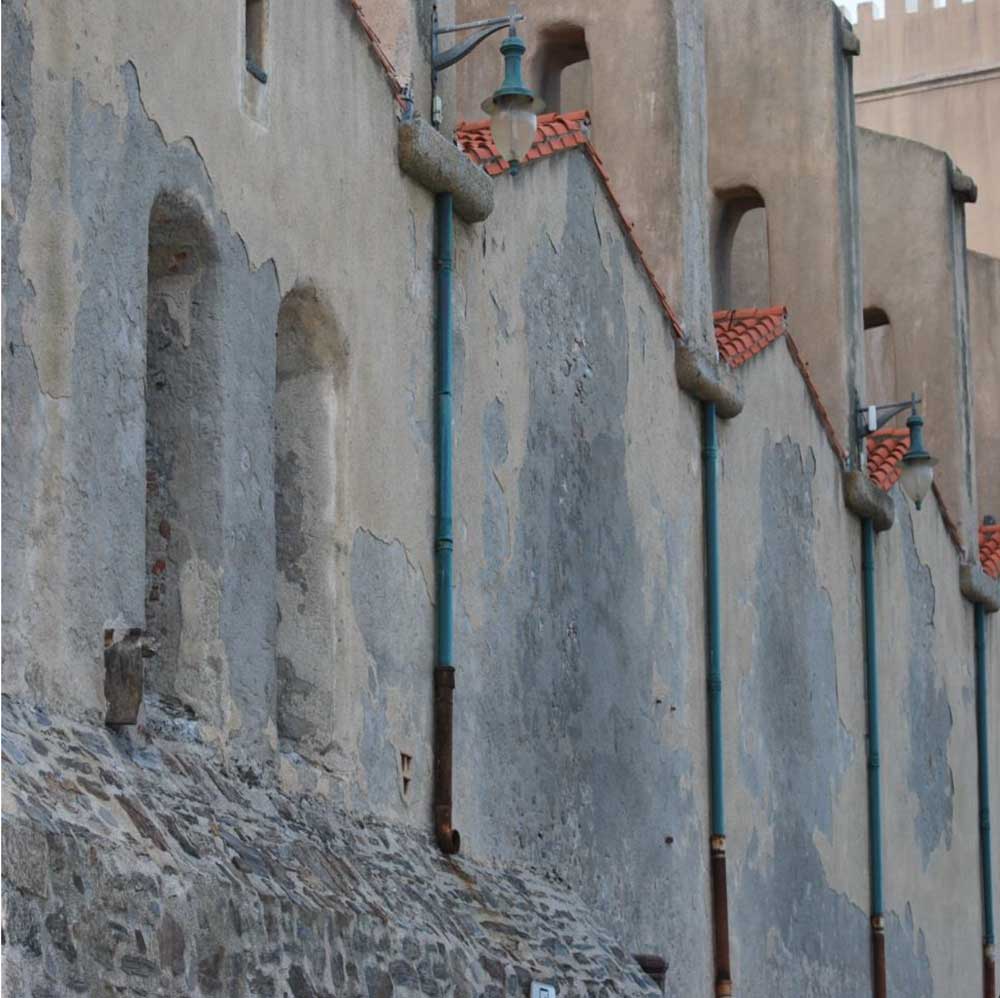 The exterior elevation, made entirely of shale and joined with lime mortar (as in all Roussillois buildings), presents peculiarities which add to the exceptional character of the church. It remains a defense site. The machicolation at the foot of the foothills, a medieval historiography on a building of the late seventeenth century, gives it a more aesthetic than defensive vision. Thus, for a long time the army took part in the work of strengthening and restorating the whole structure. Let’s not forget a monument located at the end of the nave, on the city side and halfway up the belfry: the consular room with ogive crosses inside built at the time of the construction of the church, as a public building, welcoming the bailiff and the three consuls of the city. The temporal power and the spiritual power united in one place make this monument another unique aspect in the history of the religious constructions … as well as civil!